For 25 years, the Boston Pops has made Gospel Night a highly-anticipated tradition.  A glorious, enthusiastic audience which includes newcomers and returning fans greet Conductor, pianist, and composer Charles Floyd, the Boston Pops Gospel Choir, and a selection of guest artists.  This year, multiple Grammy award-winning Gospel singer Cece Winans headlines this special 25th anniversary concert for one night only on Saturday, June 17 at Symphony Hall in Boston, Massachusetts.  Click here for more information and for tickets to this monumental concert event.

Renowned conductor, pianist, and composer Charles Floyd talks about his longtime role with Gospel Night and its evolution as well as dreams he never imagined coming true.

Charles Floyd:  Everybody looks forward to that part of the program because it is probably the most energetic.  The music can be very exciting and uplifting.  We like to feature something that the gospel choir performs without the orchestra.  The orchestra wants to go into overtime and that gets into an issue, but if the building is still open, there’s no reason why the choir can’t stay to do a couple more numbers if they enjoy singing and the audience is going to stick around.  When the formalities are done, it’s a nice moment when people can just let their hair down.

SC:  The concert is so uplifting you don’t want to leave anyway.  You have been with Gospel Night for 23 years, almost since its start.

SC:   It must be amazing to see how it has evolved over the years.

CF:   It’s been an honor to be a part of it.  I was working with Miss Natalie Cole for close to 14 years.  We had done a few concerts with the Boston Pops, and at the time, Maestro Lockhart and I were in the running in some capacity to step in.  Keith got the gig and I was very happy for him.  It was great for the community and I was somewhat new, and so they called and asked if I had done that sort of thing.  I said I have and only had about 6 weeks’ notice to prepare.  It was little bit nerve-wracking to put together an entire program, write orchestration that didn’t exist, and then learn the classics and light classics on top of having to cater to guests artists.  We balanced out the program with Keith conducting the first part of the program and I conducted the 3rd part of the program, Rhapsody in Blue.  Keith had to be at Tanglewood and other places as the date of Gospel Night moved around.  That’s kind of how it happened.  When the door opens you walk through or the door might not open again and here we are.

SC:   Some of the best things happen spontaneously.  This year, CeCe Winans will be the featured artist on Saturday, June 25.  Do you have a hand in who performs each year?

CF:   I am involved in the process.  I don’t always have control over who the artist will be because a certain artist that I may want to work with may not be available, but they are nice enough at the Pops office to ask who they could look into.  They come up with their own ideas too.   We all put our cards on the table and explore the possibilities.  CeCe is big in the Gospel world and was available.   We’re really excited to have her as our guest. 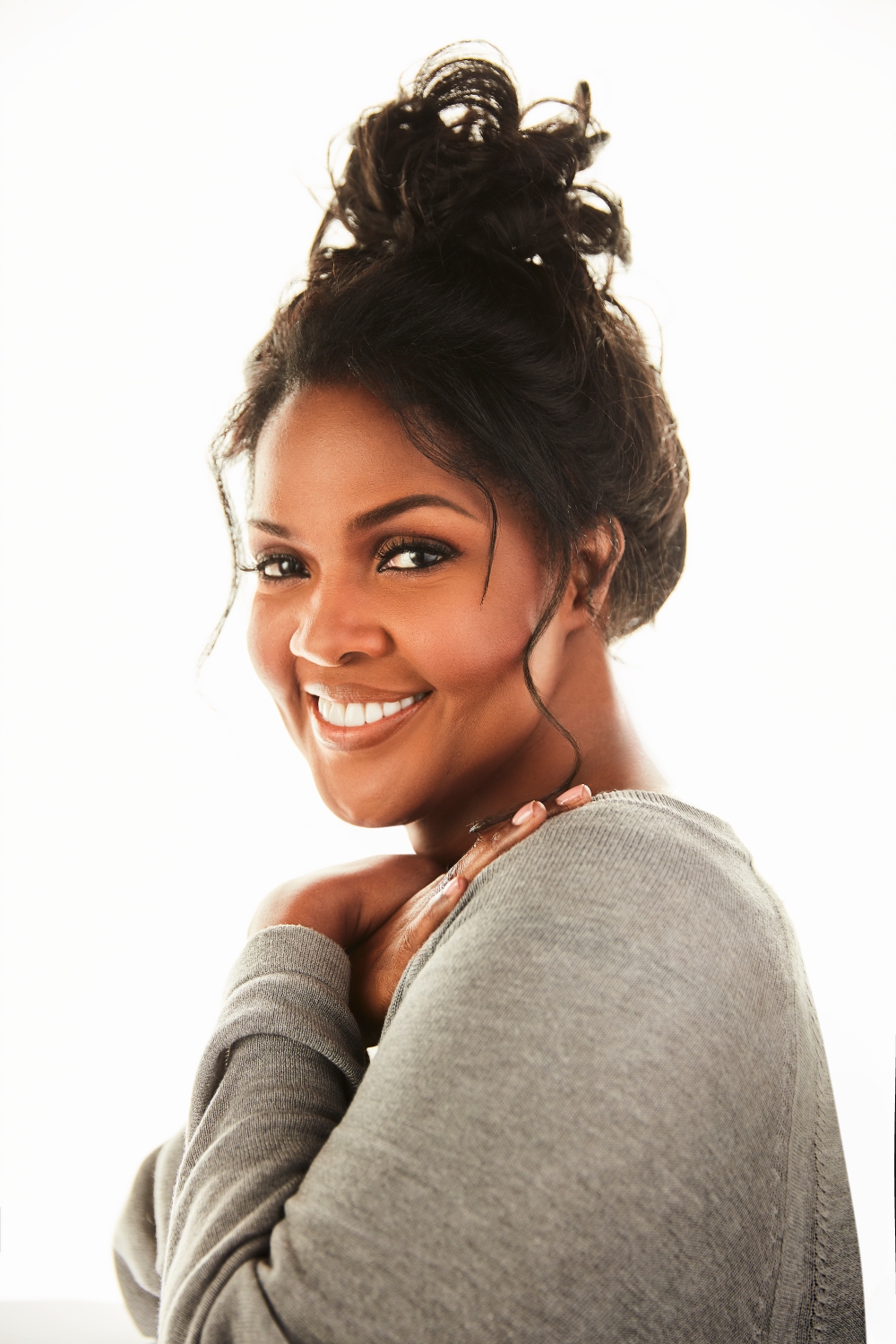 SC:  Will there be any surprises on this 25th anniversary celebration?

CF:  I don’t think I’ll be flying in from the balcony on a cable, but we do have a few things. (Laughs)  The first part of the program is mostly Americana.  We’ll start the program with Fanfare for The Common Man.  It recently would have been JFK’s 100th birthday.  Maybe the first part will feature the music of John Williams edited together and text added from the speeches of the late president JFK called, Let the Word go Forth.  Some of the music by John Williams will accompanying the narration is from the movie, JFK.  We are just going to celebrate a little Americana with CeCe Winans and the choir is going to perform some favorites over the past 25 years.  We may never get out of there. (Laughs)

SC:  It is fitting since the Boston Pops season is dedicated to John Williams this year.

CF:  Absolutely.  Tying the program together with Boston Pops tradition as well as the Gospel music tradition and its history has been a challenge and a lot of fun.  I look forward to it as well as some many other people. 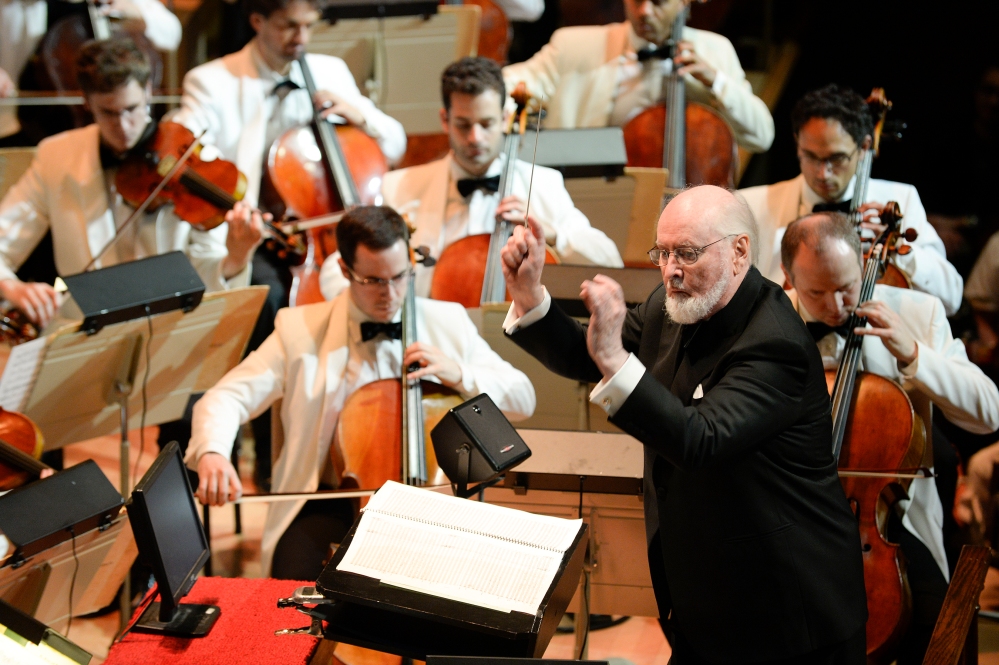 SC:  I’m glad you have been part of the Gospel Night tradition for 23 years and I know you performed all over the world.  Music has been a part of your life since you were 4.

CF:  That’s when I finally got to a piano.  I used to bang on cables and pretend like I was playing.  Everybody thought it was so cute.  By the time I got to a piano, I was 4 and I was already taking out melodies and ordering things by year.  It was another six months before I started taking formal lessons, but yeah, music has been a part of my entire life.

You never know what life is going to hold when you are young.  Just because you start playing the piano no matter how good or bad you are at it, there is no guarantee of what the future will hold.  I took physics and journalism just as a back up in high school, but once I got to college, I dedicated myself completely to music and didn’t try to be a master of all trades.  All through 10 years of conservatory and grad school, it was all piano.  I was not a conducting major and I found myself in a situation where a conductor was needed, I was the only person who could step in at the time, so I got serious about conducting.  I started studying all kinds of things such as opera, had to go through all the symphonies and all the major works of all the major composers.  I learned so much about accompanying singers with the baton from listening and attending operas.  I played for singers my entire life, but to watch a conductor accompany a singer is something I don’t think a lot of people really appreciate at least the way that I did and what I learned from it.  It’s been fun and as long as the work keeps coming in, that’s the greatest thing.  Just to keep going.

SC:  What have been your career highlights?  I understand you also performed Howard Shore’s The Lord of the Rings Symphony at his request.  That must have been tremendous. 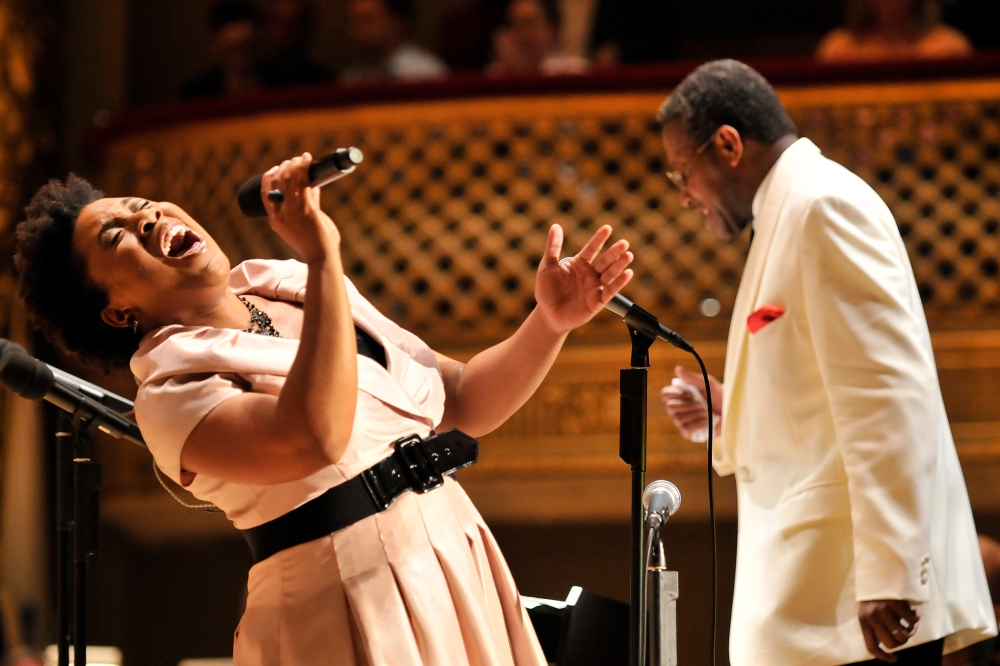 CF:  I was trying to explain it to my sister and family not long ago.  People talk about having their dreams come true.  My situation is a little backwards.  It’s not a question of my dreams not coming true, but most everything that has transpired in my career were things I never dreamed of in the first place.  If I had said when I was eight years old that in 2017, I would be celebrating 25 years at Symphony Hall with the Boston Pops or working with an orchestra at Carnegie Hall with James Taylor and Sting or sitting at an event next to Harry Belafonte or conducting orchestras for Natalie Cole or playing the piano for somebody else.  These are usually once in a lifetime events and I’m grateful that they continue to happen.  New things are coming in all the time and I couldn’t be more grateful and happier.

Click here for Gospel Night tickets, call SymphonyCharge at 1-888-266-1200, or visit the Symphony Hall box office during business hours at 301 Massachusetts Ave in Boston, Massachusetts.  Follow The Boston Pops on Facebook and Twitter for updates.