It was a packed house and a long line outside of the Boch Shubert Theatre in Boston on a cold Sunday afternoon on February 10 to witness Mark Morris Dance Group’s Pepperland, a humorous and visually-captivating tribute to the 50th anniversary of the Beatles lauded album, Sgt Peppers Lonely Hearts Club Band.  Having made its debut in Liverpool in May 2017, Celebrity Series of Boston presented this distinct musical celebration for three performances only from February 8-10.  The show was approximately an hour with no intermission.  Click here to see where Pepperland will be next,  here for more information about the Celebrity Series of Boston and their upcoming performances, and here for more on the Mark Morris Dance Group.

From depicting the Beatles rampant popularity to a psychedelic journey to enlightenment to the lonely journey of finding love, Mark Morris Dance Group offered a fresh take of this beloved Beatles album through Ethan Iverson’s  original compositions.  Often instrumental, Pepperland is partially sung and narrated, highlighting some of the Beatles most popular and insightful lyrics.

Within these original orchestrations lie hints of some of the Beatles most popular songs.  A particular highlight was the song, Magna Carta, where dancers bring some of the celebrities featured on the album cover, Sgt Peppers Lonely Hearts Club Band to life, like Marilyn Monroe and Laurel and Hardy, just by their signature poses.  Mark Morris Dance Group performed a nostalgic version of With a Little Help from my Friends, punctuated by peace signs and a simple, yet memorable wave.

The dancers’ somewhat trippy and complicated moves personify the essence of the album while also providing a new vision.  Dancing in brightly colored socks, they performed a blend of classic and contemporary moves as they bent into a complex slant and defied gravity as they leaned back into each other.  In bright, bold colors, they formed clever dance combinations spinning in pairs, purposefully out of sync.

Their interpretive, ensemble dance of A Day in the Life was another particular standout, telling their own tale.  Couples flourished and dancers were lifted through the crowd.  Also weaved into the songs were energetic dance moves reminiscent of the era.  During the song, Within You Without You, dancers lapsed into moments of loneliness as the Beatles reflected, “We were talking about the space between us all and the people who hold thousands behind us all.” 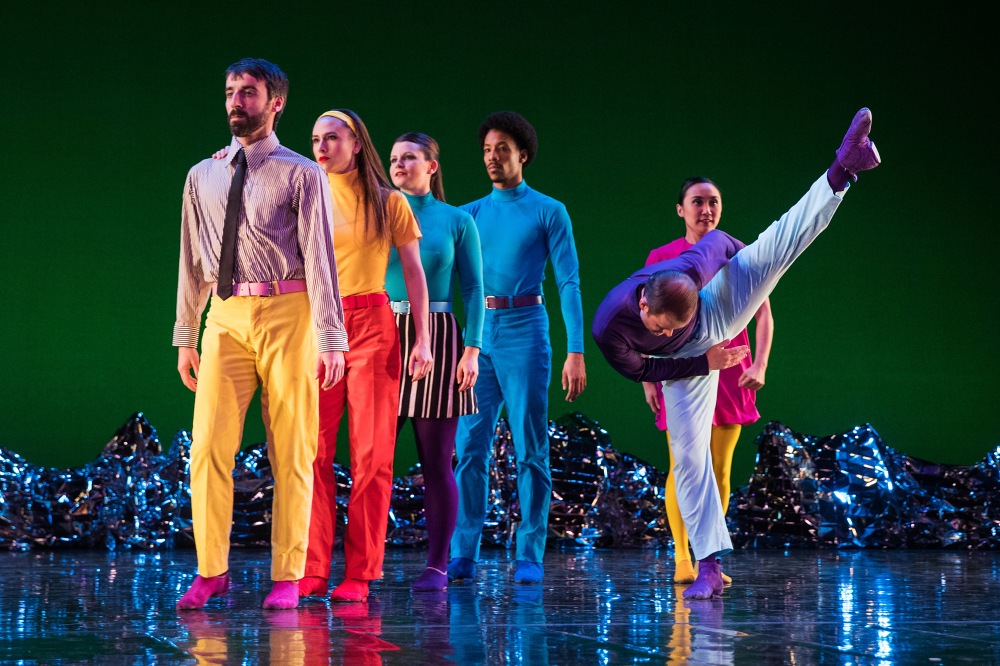 Book ending the show was the iconic title track, Sgt Peppers Lonely Hearts Club Band.  The psychedelic, signature beat punctuated by a captivating and unique march kicked off and ended a journey that featured moments of joy, beauty, and individuality as they paid tribute to one of the most brilliant bands of all time.

According to Rolling Stone, The Beatles hit album Sgt Pepper’s Lonely Hearts Club Band ranked #1 of The 500 Greatest Albums of All Time in 2003.  Not only is this groundbreaking album visually compelling, but songs on the album such as Lucy in the Sky with Diamonds, With a Little Help from My Friends, Penny Lane, When I’m Sixty-Four, and the album’s popular title track are considered rock and roll classics.

What is it like to bring that album to life in vibrant color in its 50th anniversary year?  New York costume designer Elizabeth Kurtzman talks about what it was like to bring Mark Morris Group, Pepperland to the stage.  Celebrity Series of Boston presents Mark Morris Dance Group’s Pepperland, a tribute to Sgt Pepper’s Lonely Hearts Club Band, to the Boch Center Shubert Theatre in Boston February 8-10.  Click here for more information and for tickets.

Sleepless Critic:  It must be exciting to portray the essence of this classic Beatles album, Sgt Pepper’s Lonely Hearts Club Band in its 50th anniversary year.  Please tell me what your initial thoughts were in taking on this project.

Elizabeth Kurtzman:  I read the email inviting me to work on a project that involved music by the Beatles. I thought I was dreaming and was really intrigued.  Mark Morris and the Beatles are two of my favorite things.  I could not imagine how it would all look and sound. I knew it would not be by-the-book –Beatles and it had to be turned around pretty quickly.

The 60s brought rapidly changing style. There is a lot of information in the years the Beatles made all that music, so there were a lot of possibilities.

SC:  You have worked with the Mark Morris Dance Group numerous times.  How was this project a unique experience for you and what do you like most about working with them? I know it might have been a challenge to tie in a contemporary feel to such an iconic time period.

EK:  They look great in these clothes/costumes and wish the guys wore these suits all the time.  They are a dream and it isn’t easy to dance in layers made out of corduroy.

Some of Mark’s pieces require more research than others. I spent hours looking up fashion and color from 1960-69. Mark was not interested in dressing the dancers in satin and feathers a la the album cover. It was more about trying to send the message of the early sixties. Simple shapes, but those shapes looked new, fresh, and young. Colored tights were so futuristic and men’s suits got smaller and cuter. I was a kid mid-sixties, but was completely mesmerized by those clothes.

Color was just as important as shape. Colors were new, synthetic fabrics made bolder, brighter fabrics available. The color palette was loosely based on a photo of a mural painted on a corner on Carnaby Street in London.

SC:  Songs like With A Little Help From My Friends, When I’m Sixty-Four, and the title track are just a few of the songs portrayed visually onstage.  What was that process like and can you offer a hint of the vibe audiences can expect when they see the show?

EK:  I think the show is about the energy of the time which offers a lot of happiness with a little melancholy thrown in.

SC:  From what I have seen of your work, you seem to add a vibrant personality to the performers that take the stage.  The colors and designs really pop.

The dancers are so game and energetic, the color and design only enhance their skill.  I love working with fabric and color and am fortunate to be able to attend rehearsals, which is where I get to see the personality of the dance and how the dancers move.

SC:  What has been the most challenging work you have done in New York or otherwise?

EK:  I can’t say there is one thing I’ve worked on that stands out as most challenging. There are always a few little challenges, but always a way to overcome them. It is more challenging working with small theatre companies that have tiny budgets and lots of costume changes or working with opera singers who hate the way they look in any and everything.  The biggest challenge is sewing it myself. 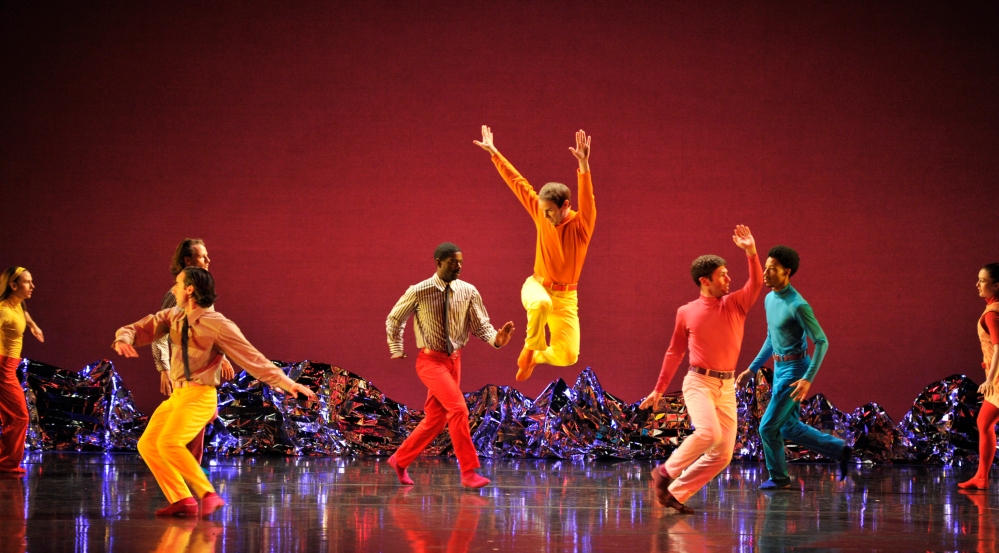 SC:  You also provide art and music for programs for children in New York City.  Please tell me more about that and how you got involved.

Several years ago, I was involved with the Children’s Museum of the Arts downtown. I was determined to get kids to design and repurpose their clothes. Most of the adults I know do not know how to sew on a button.

I helped put together a program for children on the autism spectrum and their families that provided a place for making great art and music.  I also spent many hours designing and making costumes for the theatre department at my daughter’s high school who graduated in 2017.

Sometimes the most tremendous talent is located right in the backyard.  Responsible for a wealth of critically-acclaimed and celebrated music scores over a career that spans six decades and beyond, Boston Pops Laureate conductor John Williams has been nominated for 50 Academy Awards, winning five.  Legendary film scores for Star Wars, Indiana Jones, Harry Potter, Jaws as well as the Olympic Fanfare and theme and NBC Sunday Night Football are just a glimpse of the spectacular works by the incomparable John Williams.

In honor of John’s 85th birthday and his incredible accomplishments over the years, The Boston Pops dedicate their season to Celebrating John Williams from Wednesday, May 10 through Saturday, June 17 at Boston Symphony Hall.  The season will kick off with multi-talented actress and singer Queen Latifah from Wednesday, May 10 to Thursday, May 11 and finishing off with the 25th anniversary of Gospel Night on Saturday, June 17.

Led by accomplished conductor Keith Lockhart, a compelling roster of renowned artists and celebrity appearances enliven this spring’s Boston Pops season.  The stage and screen have never been brighter with iconic artists such as musicians Ben Folds, Leslie Odom, Jr, and the Party with the B-52s.  Other highlights include The Beatles & Beyond, Jaws in Concert, Mamma Mia, E.T. in Concert, Cirque De la Symphonie,  Lights, Camera, Music, The Music of John Williams, and more. 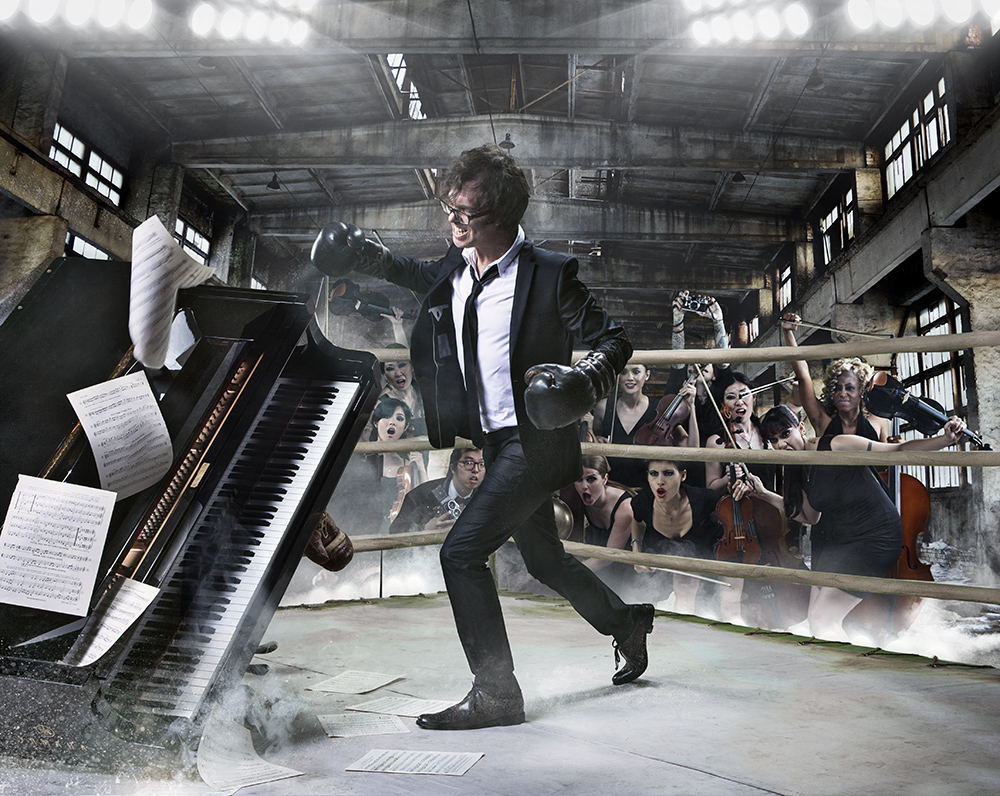 The Boston Pops presents the always phenomenal and wildly-popular Gospel Night once again led by Charles Floyd and the return of Film Night with John Williams.  Click here for a full list of performances.