When not working on the next house project, the last few months have brought many opportunities as an avid television and film fan to stream from home.  From Knives Out to the Netflix hit, To All the Boys I’ve Loved Before, settling into the living room has been convenient and strongly advised.

However, theatre belongs in a separate category.  It’s not only the buzz of anticipation from an exhilarated crowd as the lights dim, but live theatre begins a journey into a different world upon a unique and dynamic stage as I let the new setting settle into my psyche.   Whatever may come of theatre over the next months or year, a live venue and the slow murmur as the curtain goes up has become more valuable to me than it ever has before.

Theatre has survived everything in history from World Wars to disasters to pandemics.  It has transformed and overcome every obstacle it has faced.  This time will be no different.  Ah, but that glorious feeling.

In the meantime, virtual streaming broadcasts have made their way to center screen.  New content seems to be popping up every day from theatre to music groups that are hoping to keep things afloat and longing to perform for an audience – even if it is one they cannot hear or see.   Some are short, some are interactive, and some don’t translate well.  Virtual award shows have also popped up in the last few months.

Perhaps I’m feeling more nostalgic than usual because each summer, Reagle Music Theatre of Greater Boston sets the stage for a trio of summer musicals ranging from classic to contemporary.  This time last year, Sleepless Critic reviewed Reagle Music Theatre of Greater Boston’s musical classic, The Sound of Music.  It was a glorious production flanked with sprawling sets and an enchanting cast that left you humming the timeless soundtrack long after the show’s moving finale.  Click here for the full review. 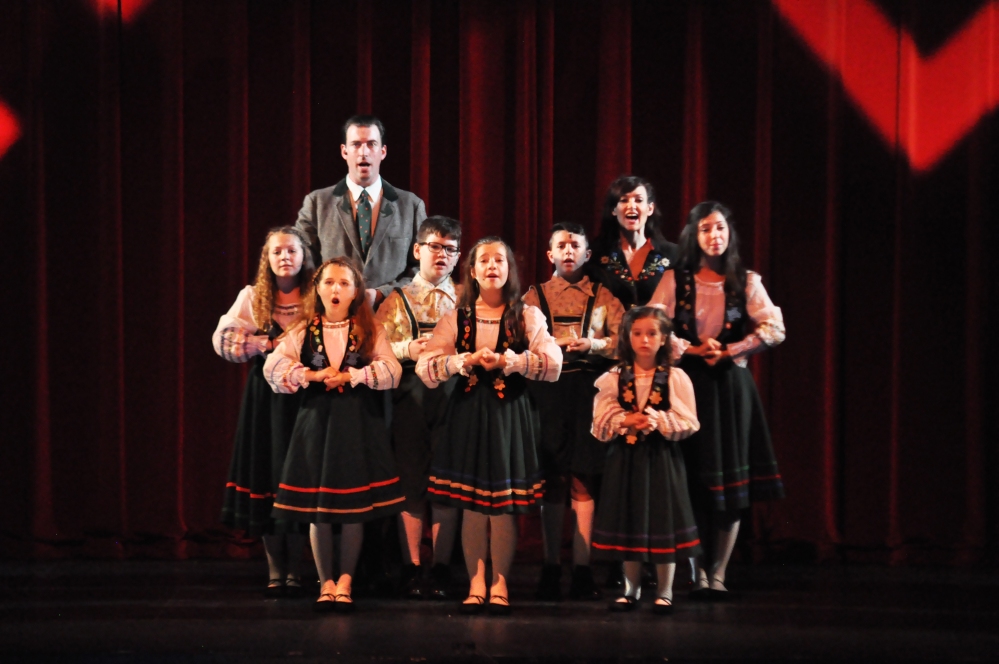 A few of The Sound of Music’s promising talent lent their voices to Reagle Music Theatre of Greater Boston’s live, theatrical fundraiser Entr’acte that premiered on Sunday, June 28 and is still available on Reagle’s website.   Hosted by Reagle veterans JT Turner and Mark Linehan and directed by Marisa Diamond, Reagle Music Theatre of Greater Boston lifted the virtual curtain and offered a glimpse of summer musical magic featuring a showcase of musical favorites, familiar local and renowned talent,  and some interactive fun while delving into Reagle’s rich history. 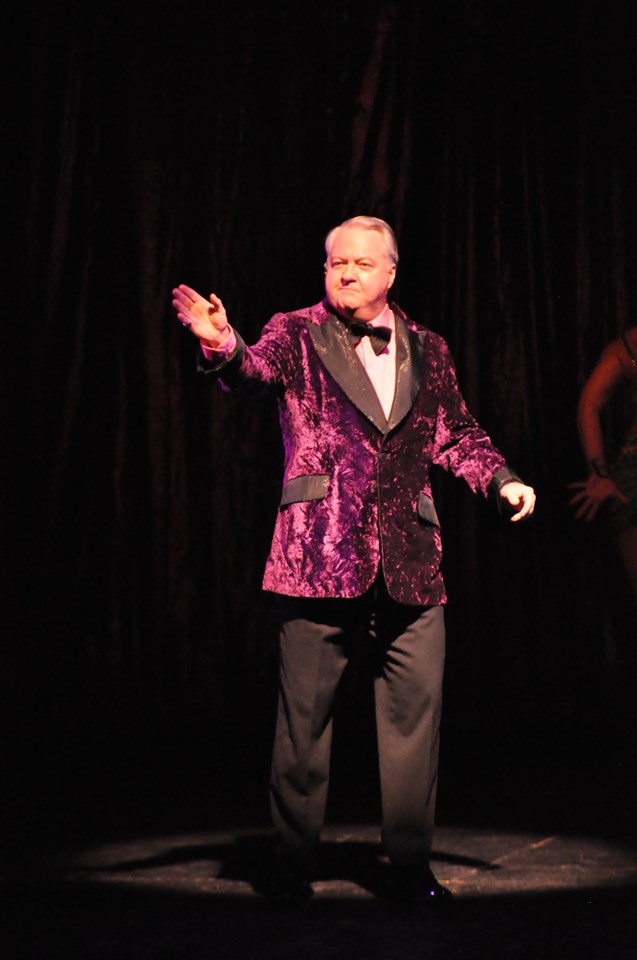 Among the many highlights were Jennifer Ellis who reprised her award-winning role in My Fair Lady with a soaring, blissful rendition of I Could Have Danced All Night.  The Von Trapp children from The Sound of Music delivered their own number and youth performer Kimora Yancey delivered a powerful rendition of I Know Where I’ve Been from Hairspray. Pier Lamia Porter, who has been doing her own wonderful charity work for Covid 19, also shared her flourishing vocals for If I Loved You from Carousel, Reagle’s premiere musical in 1969.  Scott Wahle brought his usual charisma for Music Man’s 76 Trombones, Leigh Barrett reprised her role for It’s Today from Mame, and Dwayne Mitchell sang, I am What I Am from last year’s La Cage Aux Folles.  Found Robert Eagle also shared some of Reagle’s vivid history. 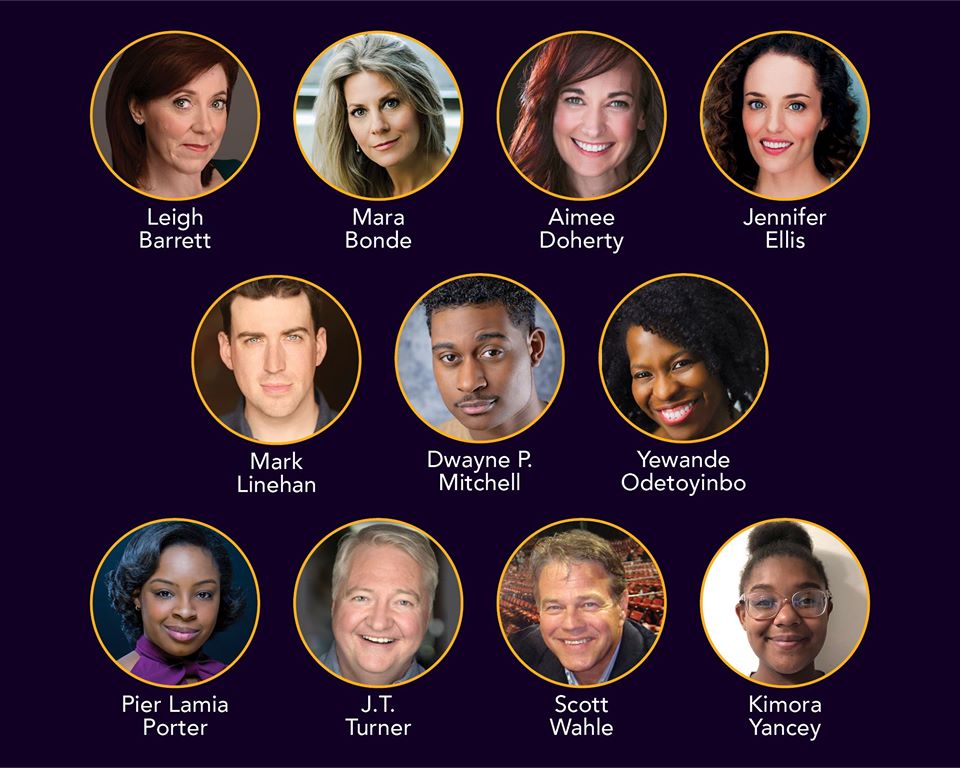 Beloved musical duo Sarah Pfisterer and Rick Hilsabeck were among the many presenters that popped up during the musical benefit. 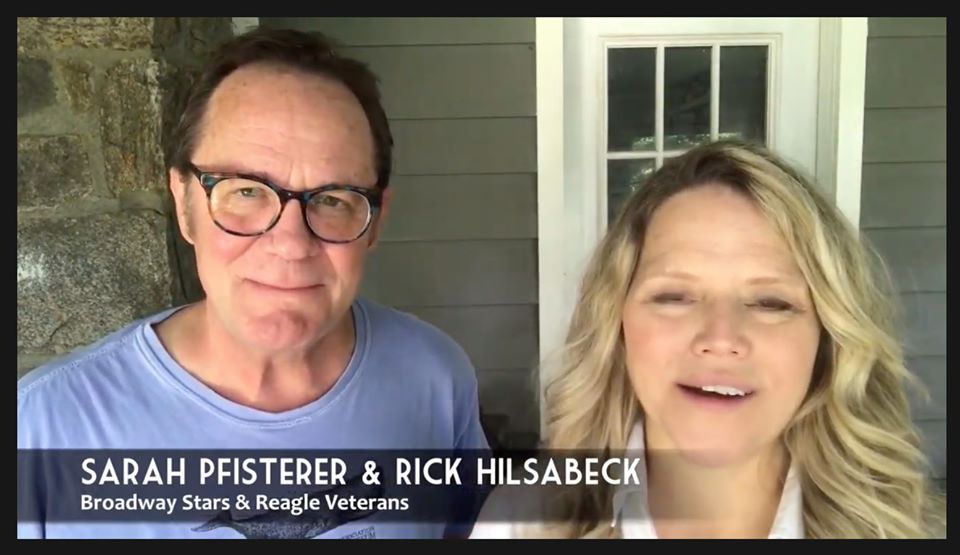 Reagle Music Theatre recently celebrated its 50th season and Sleepless Critic has cheered their outstanding work for musicals over the years such as Joseph and the Amazing Technicolor Dreamcoat, La Cage Aux Folles, Wonderful Town, Me and My Girl, and their annual show, ChristmasTime, which has become a traditional favorite.  Without these musical productions though the summer season and the live shows they put on throughout the year, Reagle needs support in order to keep going.

Virtually, they are all singing to that man, woman, or child behind the computer screen, phone, or on television.  While this is flattering, it also makes me a bit sad.  I miss hearing them sing while I quietly sing along, upstaging my performance in every way.  How I have missed most steps in the dance…but can’t see their feet.

From the heart thumping 42nd Street to the cool cats in Guys and Dolls to Singin’ in the Rain to their annual, stunning production of ChristmasTime, their shows must simply go on and spark another 50 years.

Click here for more on Reagle Music Theatre of Greater Boston located at 617 Lexington Street in Waltham, Massachusetts.  Their virtual youth theatre workshops are happening now and their second workshop session will start on July 20.