What a time to know Dr. Seuss.  Not only was Dr. Seuss’s new book, Horse Museum, recently released from some of Seuss’s old manuscripts, but this month marked the Canadian debut of an immersive, interactive touring exhibition based on his legacy.  “Dr. Seuss Experience” is expected to arrive in Boston later this year.  After all this time, we are still celebrating Theodor Seuss Geisel who would have been 115 years old this year. 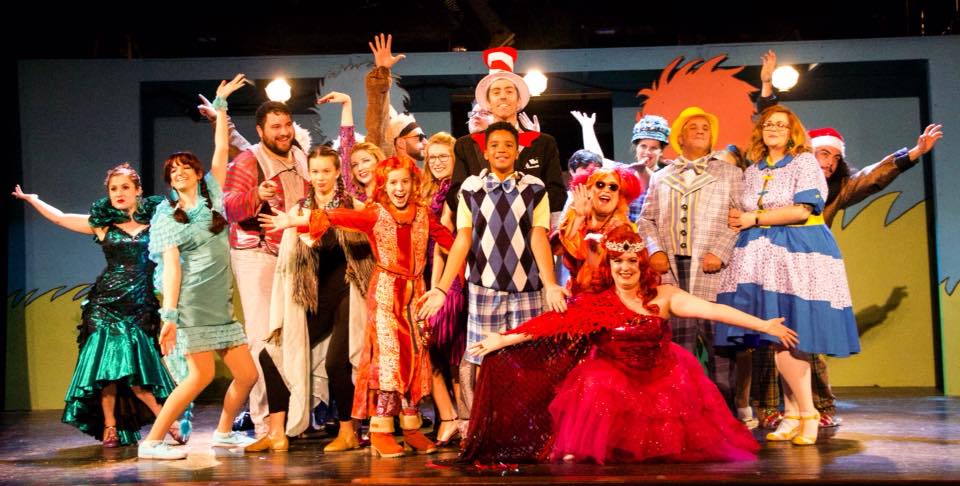 From the introspective yearnings of Solla Sollew to the wise, multi-tiered significance of the number, How Lucky You Are, Seussical runs the gamut of silly, sorrowful, and thoughtful musical moments. The catchy, distinct, and clever soundtrack resonated through the live orchestra, newly situated onstage above all the action.

Directed by Victoria Kirichok-Pratt, Seussical is a musical adventure that strings together a few of Dr. Seuss’s most popular works while cleverly weaving in valuable life lessons along the way.  What makes it such a wonderful musical is beneath its comical, brightly-lit fun lie universal truths for the young and old.  Zany, imaginative tales unveil insights about vanity, war, sticking to one’s convictions, and just plain coping with life’s inevitable difficulties.  Even the darker topics remain family-friendly as audiences delve deeper into Dr. Seuss’s vast and unique universe. 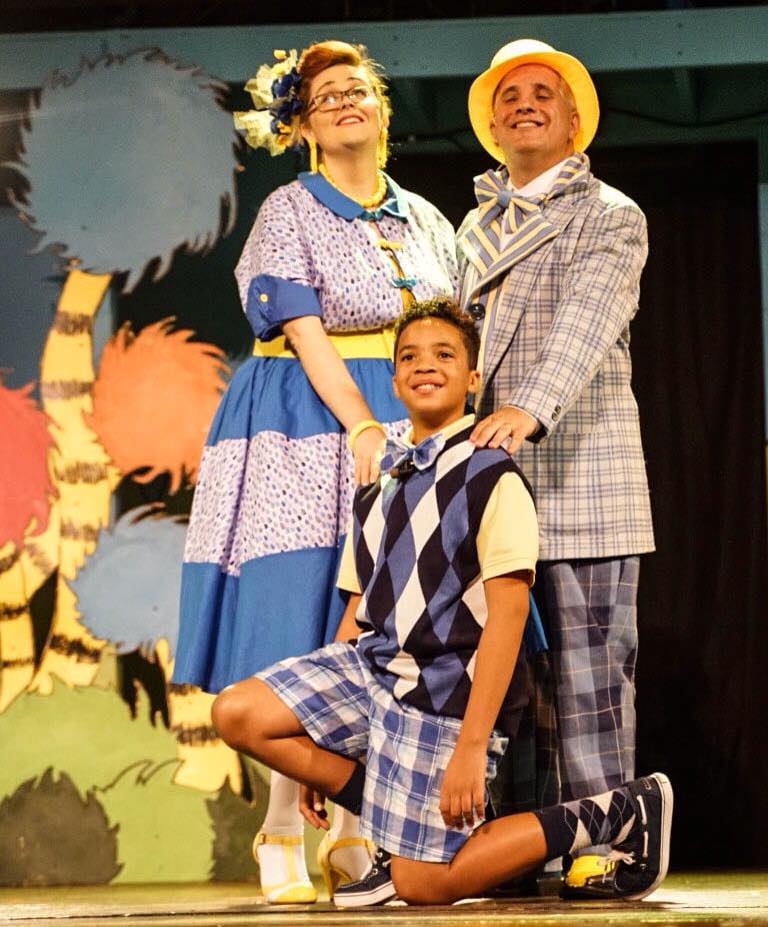 At the center of this universe is adorable, inquisitive, and charming JoJo Who, portrayed by Marcus Myers.  With wide eyes and a sweet smile, JoJo is starting to learn that life is much more complicated and unpredictable than he ever thought possible.

Much like Dr. Seuss, this wildly dynamic cast is much more than meets the eye and with award-winning costume designer Kathryn Ridder, each character’s outward appearance certainly shines.  The catchy opening number, Oh The Things You Can Think, reveals the brilliant and beautiful costumes which include some that look like they walked right off Seuss’s innovative books.  Bursting with color, mismatched, madcap patterns and edgy, impossible hemlines deliver that peculiar Seuss quality.  One character was even decked out as a Christmas tree.  Bird girls shimmer, Wickershams strut in sunshades and fringe, and the Whos revel in vintage flair.  There’s fine detail in each costume, like a hint of red glimmering under the tails of the Cat in the Hat’s black jacket.

Wearing his signature top hat and “tails,” Michael Warner mischievously portrays The Cat and the Hat as part Master of Ceremonies, adviser, narrator, and occasional troublemaker.  Warner bounces and glides along the stage, popping in to depict a variety of characters and reveling in the occasional chaos such as Egg, Nest and Tree and It’s Possible.

Justin Grankewicz delivers a sweet and sympathetic performance as ceaselessly faithful and compassionate Horton, who hears a mysterious sound from a speck of dust.    Grankewicz’s earnest face and charming demeanor with JoJo, Gertrude, and the community make him easy to root for.  Myers and JoJo deliver a heartfelt rendition of Alone in the Universe and Jessica DePalo brings unassuming, awkward charm to Gertrude who shines as an avid, amusing storyteller in All for You and Notice Me Horton.

With a Cheshire grin, Carole Shannon struts and shimmers as self-involved Mayzie, showing great comic timing and chemistry among her girl birds and Gertrude.  Sour Kangaroo, portrayed with a wealth of sass and quite the set of pipes by Katia Green, has plenty to say accompanied by her equally streetwise young sidekick Natalia Tsourides.  They make quite the charismatic pair.  In a robe and festive pajamas, Bruno Barbudo’s bearded Grinch is a creature of few words, but his priceless morose scowl makes a statement all its own.