Dancing fiddlers and a rollicking music celebration is only the beginning.  Directed by Paul Melone and adapted from the 2007 romantic musical film of the same name, The SpeakEasy Stage Company presents the Tony Award-winning musical, Once extended through Sunday, April 7 at the Calderwood Pavilion in Boston, Massachusetts.  Click here for more information and for tickets.

Welcoming early arrivals to the show is a lively, comical, pre-show band that is also part of the talented Once cast.  Each cast member is also a musician and they all get their moment to shine.  With naturally flowing choreography by Ilyse Robbins, stomping guitarists and dueling fiddlers joyfully romp in a freestyle dance with the drummer.  The band has such personality and the performance is a wonderful preface to a quietly beautiful love story about a pair of lonely musicians who long for their place in the world.

Eric Levenson’s absorbing set design enhances the production’s soulful atmosphere, featuring instruments hanging around a brick arch while musicians pop up sporadically during the production.  Though Once is set in Dublin, takes a lot at Czech and Irish traditions.  Guy is a lonely, sensitive street performer from Northside Dublin.  Portrayed with tight lipped earnestness by Nile Scott Hawver, Guy expresses his raw emotion through his songwriting, immediately leaving an impact with his first number, Leave.

Guy meets Girl, a talkative Czech pianist portrayed with quirky charm by Mackenzie Lesser-Roy.  Their immediate, humorous chemistry and her heartening, compassionate demeanor toward him is a particular highlight only topped by their remarkable duets, heightened during the show’s signature song, Falling Slowly.

Hawver does an impressive job portraying Guy’s gradual vulnerability while showing off his comic chops, especially during the song Broken Hearted Hoover Fixer Sucker Guy, but it is Lesser-Roy who shines, her chiming voice delivering a stirring rendition of The Hill and If You Want Me.  She carries a longing and loneliness she recognizes in Guy and her plucky, irrepressible optimism leaves a mark on everyone she meets.

Once also has its share of amusing moments.  Billy Butler is hilarious as hot blooded, macho music shop owner, Billy.  Jeff Song is a delight as Bank Manager in a wildly enthusiastic version of Abandoned in Bandon.  Jacob Brandt and Kathy St. George are charming as perpetual dreamer Andrej and as candid, strong-willed Girl’s mother Baruska respectively.

The songs on Once’s acoustic, fiddle-laden soundtrack contain timeless, contemplative messages and the ensemble certainly contributes to its playful moments, but Once’s greatest strength is its subtle nuances and the impalpable stillness within this simple tale, most evident in the ensemble’s lovely, a capella version of Gold.  Love can a simple, quiet declaration that lingers long after the show is over.

South Shore Conservatory, known for offering fun, educational, and interactive classes and entertainment for all ages for the South Shore of Massachusetts and beyond, is proud to enliven Wednesday mornings once again.  Sponsored by The Harold and Avis Goldstein Trust with WATD as media partner, South Shore Conservatory’s Wacky Wednesdays has been delivering award-winning, educational, and interactive family entertainment for their 21st year every Wednesday mornings as part of their outdoor Summer Spotlight series.  Wednesday morning concerts also feature free lemonade and chocolate milk starting at 10 a.m. 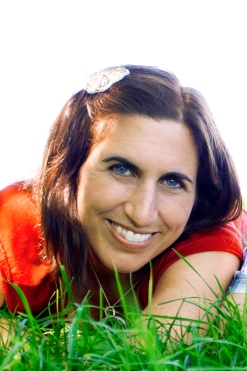 Kicking off the season on Wednesday, July 5, singer-songwriter and Music Together teacher Vanessa Trien and the Jumping Monkeys return to the Jane Carr Amphitheater stage.  This family concert series includes humorous, high energy, and catchy family pop band Karen K and the Jitterbugs on July 12, multiple award-winning Roots musician, Alastair Moock and Friends on July 19, and imaginative, energetic, and interactive musical storytelling by Debbie and Friends on July 26.  Click here for a closer look at this enchanting series.

All concerts take place rain or shine at Jane Carr Amphitheater, One Conservatory Drive in Hingham, Massachusetts.  With funding from Massachusetts Cultural Facilities Fund, the Jane Carr Amphitheater has been updated entirely.  See the South Shore Conservatory’s summer spotlight concert series at affordable prices and no charge for children under three.  Discounted prices for groups are also available.  Click here for tickets and more information or call 1-781-749-7565, ext. 22.