Over 70 years ago, despair, hardship, hope, and generosity encompassed a holiday tale that quickly became a film classic.  Based on Philip Van Doren Stern’s short story, The Greatest Gift, Frank Capra’s It’s a Wonderful Life became an annual family tradition for generations and The Americana Theatre Company is bringing back this popular, unique retelling of this beloved story suited to the film’s time period.  With a small cast inhabiting over 40 roles with a Christmas Eve setting, It’s a Wonderful Life: A Live Radio Play is performed as a 1940s radio play with a cast of just five actors.  The show runs from Wednesday, December 6 through Saturday, December 16 at Plymouth Center for the Arts in Plymouth, Massachusetts.  Click here for more information and tickets. 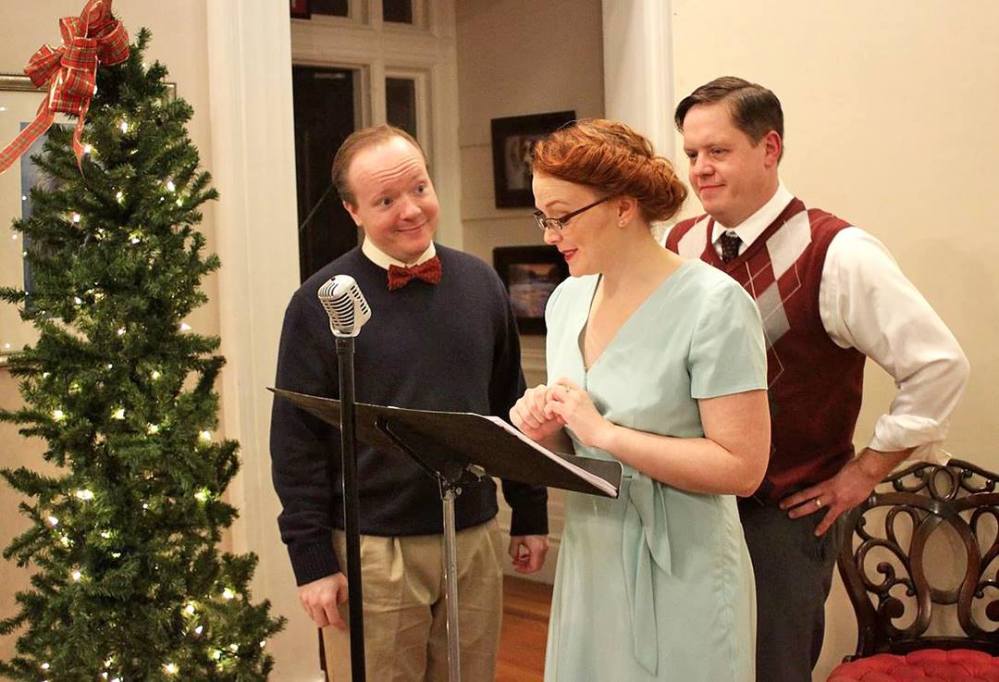 Sleepless Critic:  What I like so much about It’s a Wonderful Life:  A Live Radio Play is the nostalgic 1940s setting fits right in line with the time period of the film.  How did this idea come about?

Nick Mitchell:  Radio plays have taken off and a lot of companies are doing live, mock radio plays by bringing in the effects and the different voices from the actors.  It was only a matter of time before authors got a hold of pieces like It’s a Wonderful Life.  Two different versions of the script are available for It’s a Wonderful Life that is a formatted radio play.  The one we’re using is by Joe Landry who condensed it into anywhere from 40 actors, but five are recommended and five is what we are going with.

SC:  Those five actors will play 40 roles as I understand.

NM:  Yes, indeed.  George Bailey is played by Jesse Sullivan, Emily Turner Marsland as Mary. They play just those roles, but Josh Nicholson, David Friday, and Erin Friday, the Director of Education for Americana Theatre, play everybody else.

SC:  I understand your voices will be enhanced with microphones, sound effects, and there will also be an authentic ‘Applause’ sign.

NM:  The ‘Applause’ sign is funny.  David made this fully working sign.  I kept thinking during the rehearsal process whether it is bright enough for the audience to see it.  However, audiences have responded to it the minute that sign lit up.  It was fun to watch. 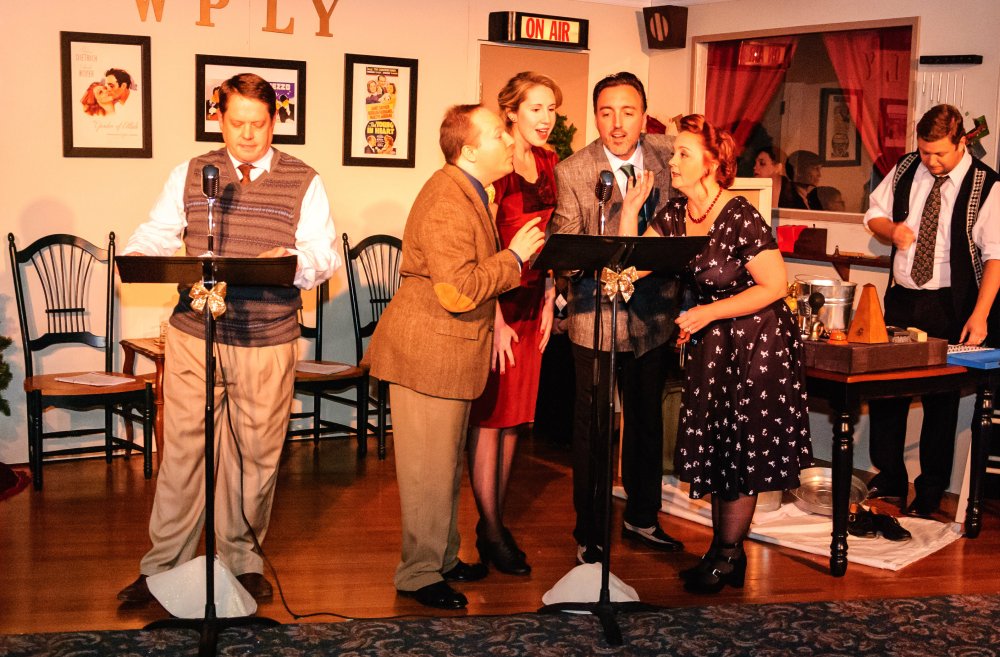 SC:  It also makes it more interactive for the audience too.

DF:  The opening speech of the show explains to the audience that the broadcast will be in a radio studio.  Other performances of this show have to be done on a large stage and broadcast on the radio to a different venue.  In the opening speech, the announcer says that people at home are going to be able to hear you so laugh, applaud, cry, and it will all be part of the show.  It really tries to get everybody involved including our stage manager.  He can be seen in the production booth window.  We added that nice little twist.

SC:  Have there been any surprises during this show’s run such as unexpected reactions to certain scenes?

DF:  It’s one of my favorite movies of all time.  I see it every year just like most people do and get a little misty when I watch it.  At the end of one evening’s performance, quite a few audience members were crying or very close to it.  It is good for us.  It just tells us we’ve been able to capture the spirit of the original film.

It’s nice and I’ve actually seen a couple of online Facebook comments that people can’t wait to go home and watch it.  They enjoyed the show and want to watch it because the show recaptured something in a way that they have never seen it and want to go back and relate it to what they know.  People even thinking that way is a large victory for us.

SC:  What is the best reason one should come see the production?

NM:  In this digital age, we get entertainment where and when we want it with a push of a button.  I think at this time of year, a show and format like this reminds us to set aside some time with people that mean something to us and be entertained.  In the process, see how many lives we’ve touched in the meantime.

SC:  It’s a live show so anything can happen.

It’s a Wonderful Life: A Live Radio Play continues through Saturday, December 16 at Plymouth Center for the Arts, 11 North Street in Plymouth, Massachusetts. Reserve tickets by clicking here or call 1-508-591-0282. Tickets will also be available at the door.  Follow the Americana Theatre Company of Facebook for more information about this amazing theatre company and future productions.