A spectacular evening of comedy, romance, and award-winning music is in store with Chorus pro Musica’s concert version of Gershwin Of Thee I Sing on Saturday, May 13 at Robbins Memorial Town Hall in Arlington, Massachusetts at 8 p.m.  In the spirit of the show, concert attendees are encouraged to dress in 30s-inspired attire for a costume contest.  Click here for full details and tickets.

Jamie Kirsch is in his fourth year as Music Director of Chorus pro Musica and loves his work.  He offers a closer look into Of Thee I Sing, his incredible work with Chorus pro Musica, and more.

Jeanne Denizard:  What I absolutely love about Gershwin Of Thee I Sing is it is part concert and part theatrical production.  It has comedy and romance as well.

Jamie Kirsch:  Yeah, writers definitely have called it a work.  It is a unified single where there’s no instantly recognizable tune in this show in the way one would recognize other Gershwin’s most famous songs from musicals that can be extracted and don’t have anything necessarily to do with the plot.  They don’t appear in the best of Gershwin albums because for the most part, everything is tied to that story.  There might be one or two songs that someone might recognize such as the title song of Of Thee I Sing and certainly people have recorded the song, Who Cares, but no song that would be on people’s top ten list of pieces they know because they bought a greatest hits album or a Michael Feinstein album.  They are wonderful songs, but they are all tied to the book.

JD:  I also understand that this is the first musical to win a Pulitzer Prize.

JK:  It did win the Pulitzer Prize in 1932.  Everyone won the Pulitzer except for George Gershwin because there was no Music Pulitzer at the time.  Ira, Kaufman, and Ryskind got it.  I think actually it was awarded to George posthumously where there finally was a music Pulitzer.

JD:  Of Thee I Sing surrounds the election of John P. Wintergreen and deals with politics in a humorous and lighthearted way.  I understand you really were excited about this particular piece to add to the season more for the music than for its political statement though we had a heated election just recently.

JK:  Yes, it doesn’t make a political statement one way or another.  There is no political party mentioned, making fun of both sides equally.  We also picked the piece well over a year ago.  The current players in the real world were still in the primaries and no one had any inkling of what was to transpire and how unexpected it would be.

Numerous colleges and universities did the show right around the election.  It is remarkable how many across the entire country, even major schools of music.  The University of Michigan did it in October and November knowing what was going on.  We had the same idea, hoping it would be a relevant topic but we didn’t plan for any outcome either way.  Separate from the political stuff, it happens to be a musical dominated by choruses and it made perfect sense to do it with our chorus.

JD:  Now, are you going to be performing a lot of scenes from the show?

JK:  Yes, it is a concert version.  We’re doing most of it, just without the staging.

JD:  I understand it has some comedy and a bit of romance as well.

JK:  Absolutely, there are elements common to musical theatre.  People talk about how different it is from anything else Gershwin wrote, but the other side of that coin is a love triangle.  Certainly plenty of musicals have love triangles and also present is an element of the exotic where a French ambassador arrives in the second act and that happens throughout many other musicals.  It’s new, but it has ties to the standard, more traditional musical theatre.

JD:  It sounds like there will be lots of surprises.

JK:  Yes, there will be musical surprises.  It has a Gershwin, jazzy sound and Gershwin rhythms and syncopation, but it is really unique.  There are scenes that go on and on and mostly music for a good ten minutes.  It’s kind of like Gilbert and Sullivan in that way.  That is an example of a piece of music that cannot be extracted.  You are not going to perform that at a musical theatre cabaret as you would with another Gershwin tune.

JD:  You will have featured artists such as Margot Rood, Christina English, and David McFerrin.

JK:  They are three of the best singers around town and the city and I have worked with a couple of them before.  They are just wonderful, so flexible, and able to handle this repertoire and style as easily as they are able to handle early and baroque music.  They are so incredibly versatile, talented, and wonderful actors.  Having them on board for this production is very special.

JD:  You are also the sixth Music Director of Chorus pro Musica.  The chorus has existed close to 70 years.  What is it like to conduct this chorus?

JK:  It’s a joy.  The musicians are incredibly hard working, love challenging themselves, conquering major works, and striving for excellence.  They are so supportive of each other, collegial, and just wonderful people.  They care so much about the product and each other, the chorus, and its history. 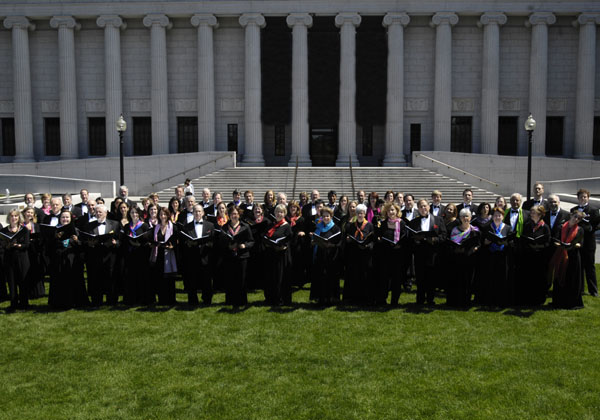 I’m very grateful to be able to do the things that we do with Chorus pro Musica.  In this season alone, we have done maybe the greatest work by Beethoven and some of the greatest works by Mahler.  Then we move on to Gershwin.  We are dealing with pretty amazing people.  I’ve written some amazing music and this chorus is up for the challenge to perform these pieces at an extremely high level while also keeping a good balance of fun while we do it.

JD:  This is your fourth year with Chorus pro Musica, but I understand that you are involved in a lot of projects.  You’re a busy man in music.

JK:  Yes, I am fortunate enough to be on the music faculty at Tufts as my main job and finishing my seventh year there.  It’s a wonderful job and I work with amazing colleagues who are at the tops of their field and teaching theory and musicology.  I teach in a beautiful building with supportive faculty and administration and wonderful students.  We recently did the Mozart C Minor mass.  Yes, between Chorus pro Musica and Tufts, I’m a pretty lucky person. 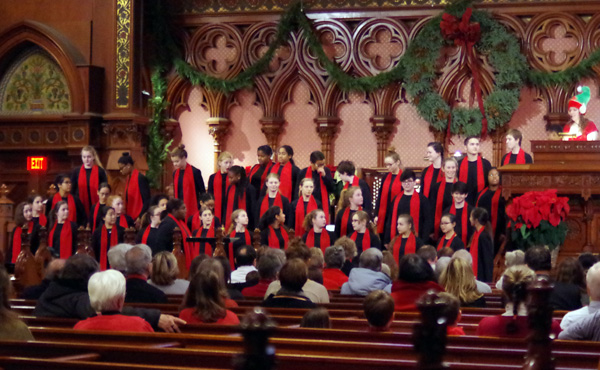 JD:  Do you have a favorite piece of music you like to conduct or a piece you are hoping to conduct with Chorus pro Musica?

JK:  One of the great things about the Chorus is that they are able to handle everything from a candlelight Christmas concert to Beethoven’s greatest works to Gershwin to new, modern pieces.  One of our strong suits is commissioning new works so we are commissioning brand new works by new composers.  They are able to handle any style, genre, and that is what I like to do.  It keeps things interesting for me and for the singers to switch gears from month to month.  Just to be able to be flexible in that way so the chorus matches my strength and my wanting to keep exploring, pushing, challenging, finding new, undiscovered music, create new music, commission new music, so I think in that way, it’s a very good match. 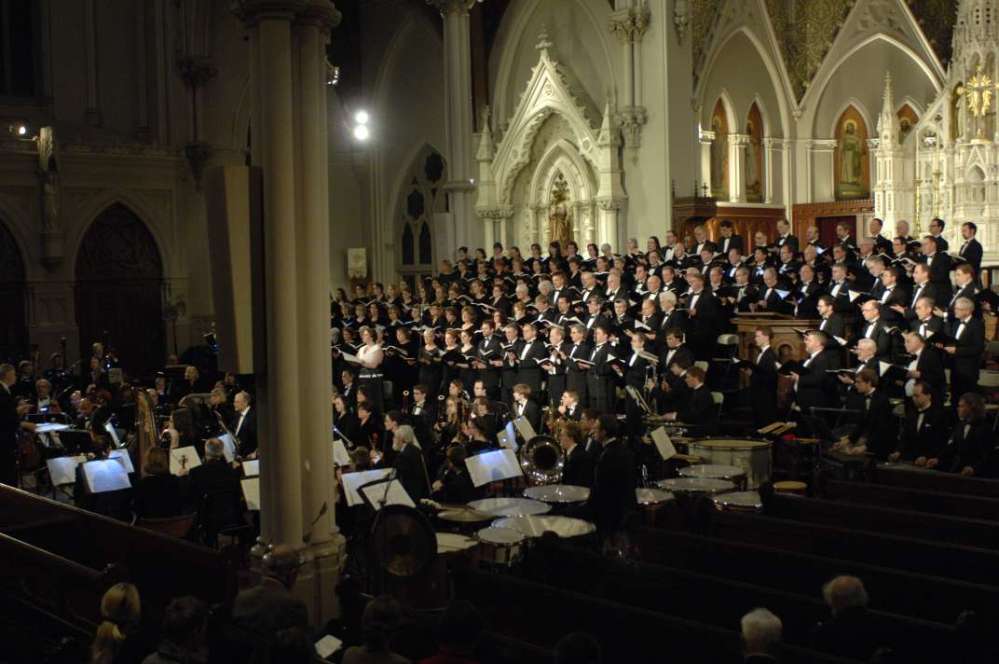 JD:  You’ve also worked with a few Boston organizations and collaborated with them in the past.

Click here for tickets to Gershwin Of Thee I Sing on May 13 at 8 p.m.  It will be an exciting evening that includes a post-concert reception.  Click here for more on Chorus Pro Musica and how to support their mission.