NYC actress, writer, filmmaker, and casting assistant Stephanie Iscovitz is no stranger to a competitive festival, having been on the winning end and a participant.  She is taking her expertise to a whole new level running the upcoming New York New Works Theatre Festival, kicking off Tuesday, October 3 and continuing through Saturday, Oct. 21 at New York City’s Duke Theatre with the final gala on Monday, Nov. 6 at Theatre 80.

With a wide spectrum of diverse, carefully chosen theatre productions from hundreds of submissions and created by Gene Fisch, Jr., the New York New Works Theatre Festival is a give back project to help the arts community.  It’s an exciting, annual event as award-winning representatives from Broadway and beyond judge the next generation’s promising talent.  Click here for the full theatre schedule, tickets, and here for panelist information.

Stephanie Iscovitz delves into her journey as a film festival participant, what to expect at the New York New Works Theatre Festival, and the message she hopes to convey through her work.  Click here for more on Stephanie and her upcoming projects.

Stephanie Iscovitz:  Yes, I’m managing the New York New Works Theater Showcase and am very passionate about including as many powerful, female and diverse voices as possible.

The New York New Works Theatre Showcase is a theatre competition that provides aspiring writers the opportunity to present their work in a top tier theatre while being mentored by a group of Broadway, television producers, and industry leaders. The distinguished panelists are Broadway producers, Tony Award-winners, Emmy Award-winners, or industry executives that volunteer their time to help aspiring writers.  Performances take place in the 199-seat Duke Theatre on 42nd and Broadway from Tuesday, October 3 through Saturday, October 21 with the final gala on Monday, November 6.

I’m eager to take all the wonderful parts of my film festival experience while bringing some great new ideas to the New York New Works Theatre Showcase. As an actor and writer, I know what kind of opportunities I would benefit from and am humbled and excited to provide that for the participants in this year’s showcase.

SC:  You bring a broad range of experience to the New York New Works Theatre Festival, including your training at the T. Schreiber Studio and Theatre, a studio that features Edward Norton, Peter Sarsgaard, and Maria Bello, just a few of their renowned alumni.  What was that experience like for you?

SI:  With only eleven students in the conservatory, it was an extraordinary, life-changing experience.   When you’re part of an intense, raw, and emotionally-challenging program like that, the people you experience it with become your family.  I still study there as part of their on-going scene study program continually challenged with roles I’m afraid to do.  I was most recently working on a character affected with brain damage. 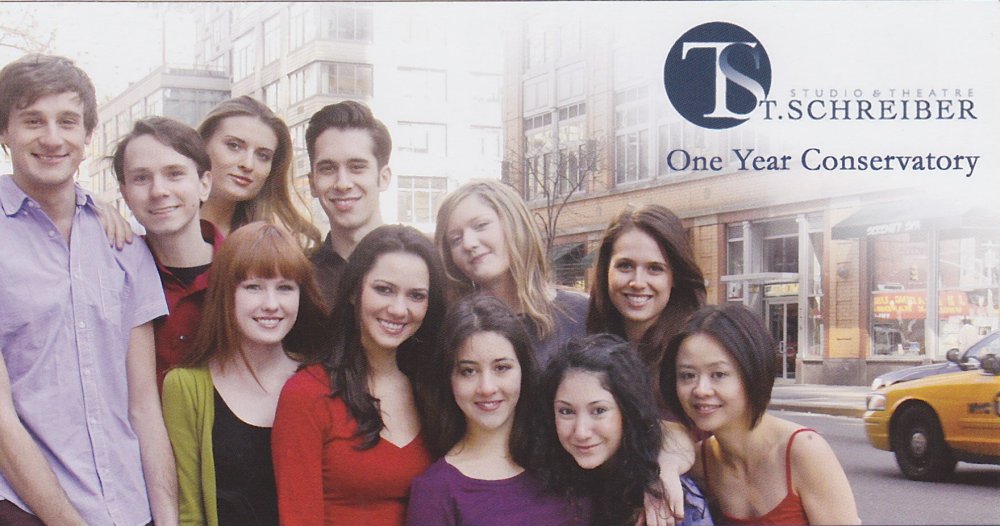 SC:  What do you think is the most important thing that T. Schreiber has taught you as an actress, filmmaker, writer, and producer?

SI:  Terry Schreiber notoriously says that you must give yourself the permission to let yourself happen, which has become my mantra. The first couple of short films I made as an actor, writer, and producer had potential, but they weren’t great.  However, I wouldn’t be where I am today or learned as much as I did had I not made those short films, which I consider beautiful stepping stones.  Give yourself permission to fall flat on your face and be patient with yourself on this creative journey because in this business, it’s more about the journey than the destination.

SC:  Having attended a number of festivals in your career, you have firsthand experience participating in what can be incredibly competitive festivals.  What was your first film festival you attended?

SI:  The first film festival I got into was for my first film, Ladies Night, presented at a great festival I return to annually, the 2014 Big Apple Film Festival.  It’s a comedy held in a karaoke bar and I’ve learned a lot after that first film, like avoid writing a film where music rights are imperative. To my surprise, it was very well received and screened alongside Jerry Stiller in the festival program.  I had no idea what I was doing at the festival and was so nervous during the Q&A I could feel my shortness of breath while I was speaking.  It’s a comforting thought that no one really knows what they’re doing and just trying to do the best they can with what they’ve got.

SC:  Recently, you went to Long Beach Island for a film festival not long ago.  What is it like for you to attend a festival where your production is featured?

SI:  Lighthouse International was the best film festival I’ve attended. Each year, the festival champions a selection of new, often unrecognized films from the US and around the world to compete in the festival and for audience award categories, which screen alongside award-winning spotlight films from Sundance, Cannes, SXSW, Toronto and Tribeca. I saw pre-released films and met other NYC filmmakers, sparking collaboration for future projects.

After the screenings, there were Q&A’s with the filmmakers.  We had our world premiere of Bruce Loves You where the shorts programmer, Chip Parham, ran a stellar screening. It was wonderful to have a captive audience interested in knowing more about our film making process and about of course, Bruce the ghost. 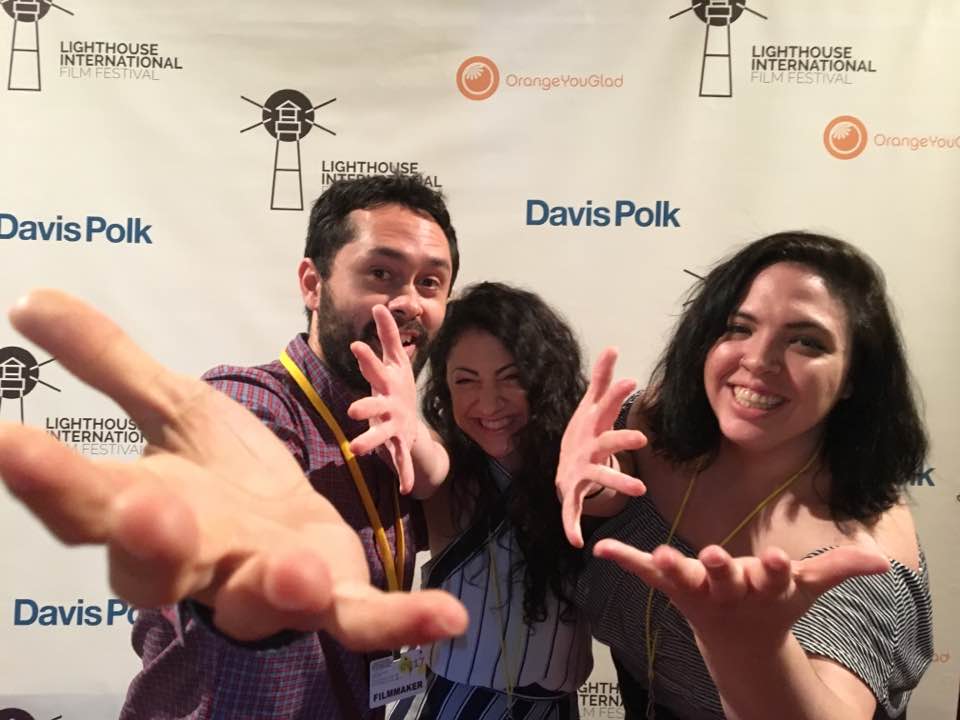 SC:  As you attend these festivals, do you feel like you get better at the process or is every festival different?  What was it like to win at the festival?

SI:  Every festival is different. We’ve started to call it ‘Game of Festivals’ where you win or die and 99% of the time you die. It’s all so subjective and such a gamble, depending upon who’s watching your submission if your submission was actually watched, at what time of day, and what the viewer’s own personal values and tastes are.  When you are actually accepted out of thousands of submissions, it feels like a real lottery win.

I met one of my closest friends and collaborators at a film festival where our film, Catslaughter had been rejected. After speaking with her, it turned out we had the same exact film except hers was about a sweater and ours was about a cat. She had submitted early and was already accepted when we submitted late.  Timing is everything. A rejection doesn’t necessarily mean your film was bad.  There are a number of factors involved and in this case, they had already programmed a similar film. However, it turned out to be a huge blessing because she and I clicked creatively and have gone on to work together on multiple projects. 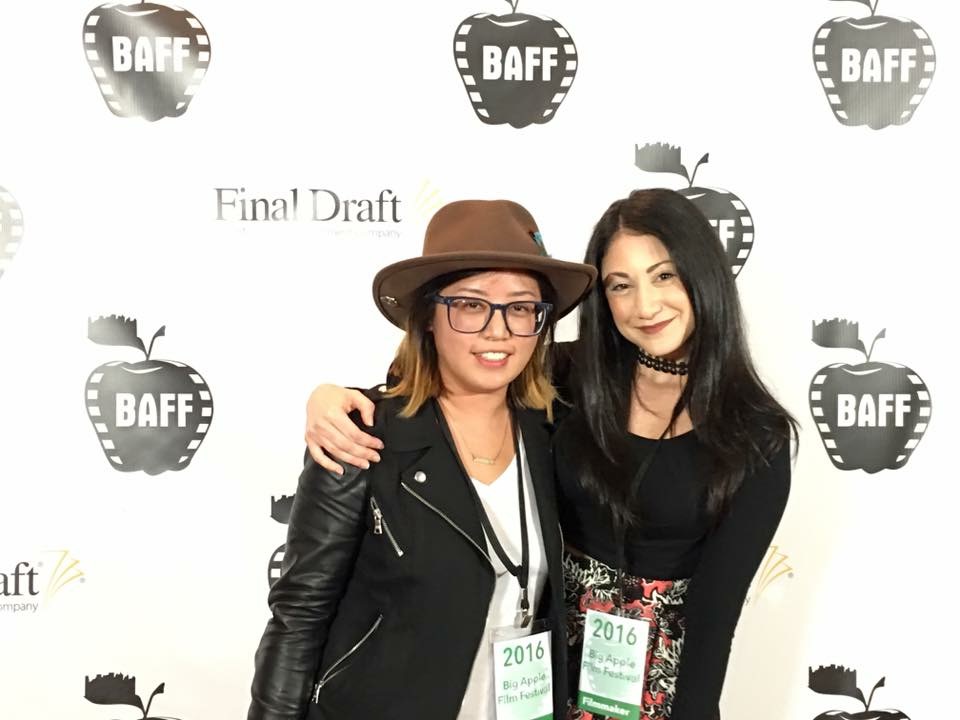 SC:  What is the message that you hope to deliver through your work?

SI:  I really want to drive social change through storytelling and that begins with representation on film, particularly through the female lens and experience.  I hope to enlighten while helping audiences feel a little less alone.