At first glance, Massasoit Theatre Company’s Heathers the Musical possesses the earmarks of a classic musical production.  Enter calculating villains and an unlikely hero singing thought-provoking songs in a retro setting wearing distinctive, colorful costumes.  Every meaningful musical usually also delivers a powerful message and it is part love story.  Yes, Heathers delivers all these things, but like its satirical film predecessor, does it in the unlikeliest of ways.  A musical quite faithful to the original film right down its vocabulary of memorable catch phrases, here is fair warning that this production is not suitable for children and contains mature themes.

Going into Heathers the Musical, it was difficult to imagine a musical as dark as the satiric comedy film starring Winona Ryder, Shannen Doherty, and Christian Slater.  However, Massasoit captures the film’s high energy, blunt, and darkly humorous look at high school where being popular is seemingly the only means for survival.  With an array of songs that are both humorous and shocking, it also deals with many social issues that high school students face today, but stands outside reality from it just enough to see from the outside.

Arrive early because Heathers the Musical does an excellent job setting the 80s mood through vintage Mtv videos and commercials as well as a unique introduction from the show’s producer, Mark Rocheteau.  Not only does Heathers feature a multi-layered set design with its share of special effects, but Jennifer Spagone’s symbolic costume design contrast bold colors with pale to represent different high school personalities while exacting the iconic fashion from the film.

Before the Plastics leapt onto the screen in the hit film Mean Girls, there were the Heathers.  If the Plastics ruled with a heavy hand, the Heathers ruled with an iron fist.  Adorned in strictly bold, primary colors and slinking into the school as if on a catwalk, CJ Hawes in red depicts Heather Chandler with charismatic cruelty, her head held high and an ego as inflated as her big hair.  CJ’s soprano vocals have an appealing belt and growl while she shares great chemistry with the other Heathers, especially during the numbers Big Fun and Candy Store.  She barks orders to sympathetic subordinate Heather Duke portrayed by Stephanie Wallace.  Dressed in emerald green, Stephanie portrays Heather with a suppressed, bullied demeanor.  Morgan Campbell in yellow portrays anxious, but friendly Heather McNamara with flair and offers a great rendition of the number, Lifeboat.

Sara Comeau in blue plays awkward and conflicted Veronica Sawyer.  A complicated role, Sara captures Veronica’s clever, contemplative, and at times, sarcastic demeanor with great comic timing.  Veronica and Sean Neary as quiet and mysterious J.D. have compelling chemistry as they navigate the dark side of high school.

Anthony Light and Jack Cappadona are immensely comical as mindless and merciless jocks while Emily Buckley as Martha evokes a sweet and impalpable loneliness.  Kels Ferguson plays a dual role as Mrs. Fleming and Mrs. Sawyer.  She brought down the house with her upbeat version of Shine a Light. 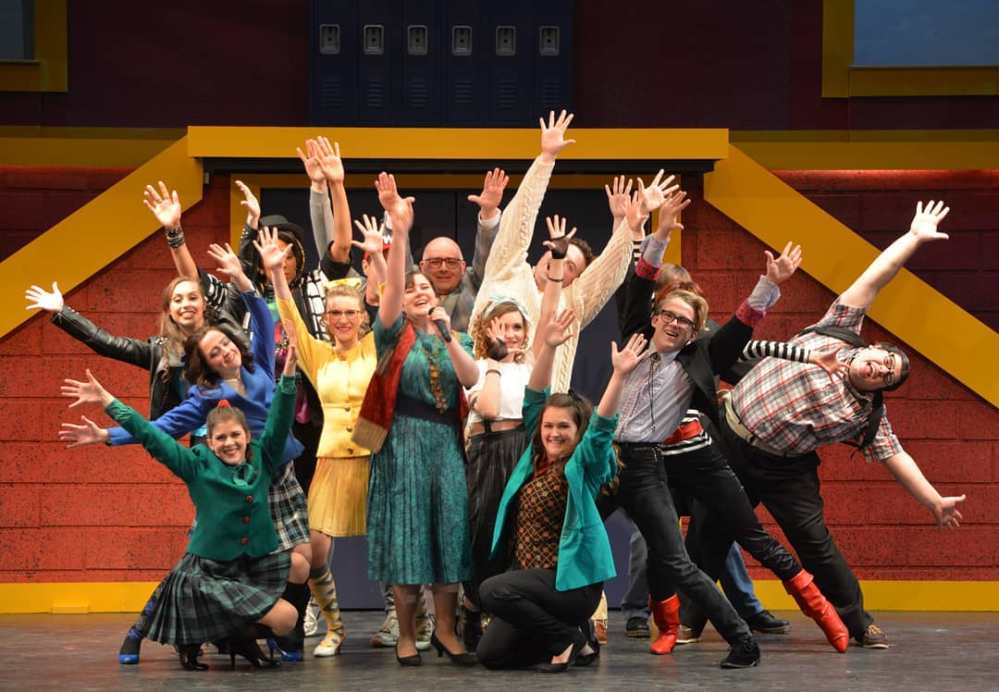