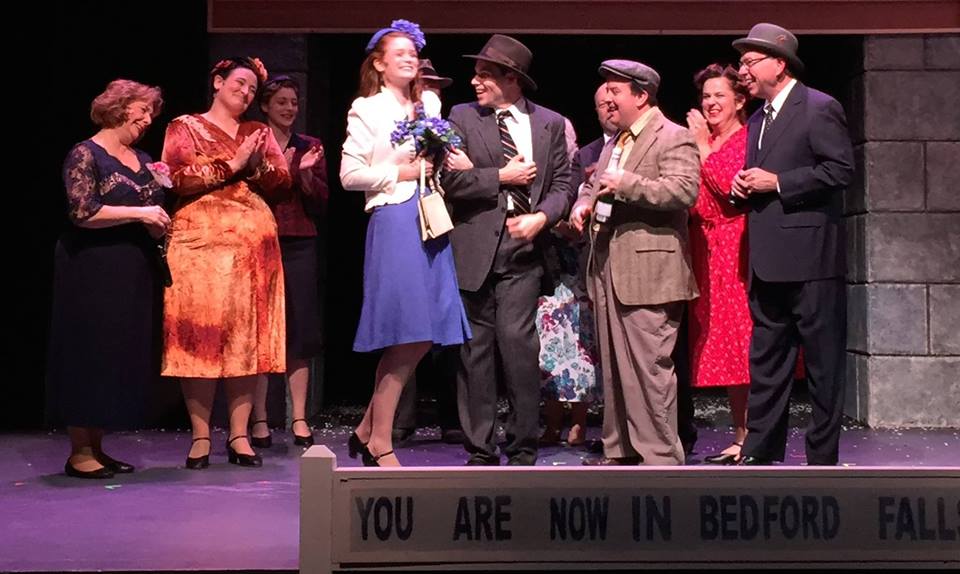 Curtis J. Bellafiore as George and Elizabeth Lovley as Mary Hatch and the cast Photo courtesy of Massasoit Theatre Company

Massasoit has an affinity for festive onstage caroling during annual holiday productions and We Wish You a Merry Christmas is just one of an array of classic tunes to set the mood.  The rolling stage, designed impressively by Nathan Fogg DeSisto, hearkens not only to its vintage 1920s to 40s setting, but visually captures some of the tale’s most iconic moments from the cold, snow covered bridge to a wooden bench frequently shown in Bedford Falls, a setting inspired by Seneca Falls, New York.  Jennifer Spagone’s distinct costume design make the cast looked sharp as women wore brightly colored dresses from polka dots to paisley in signature hairstyles of the period and the men in a variety of suits, ties, and winter coats faithful to the season. 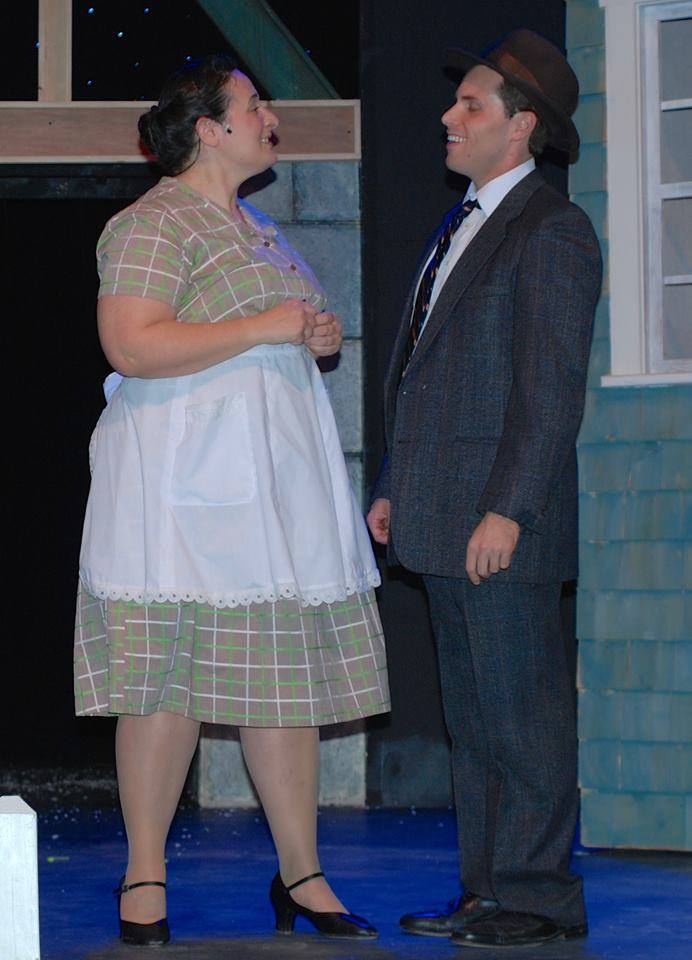 Told partly in vignettes and flashbacks, It’s a Wonderful Life focuses on a morbidly downtrodden George Bailey, portrayed with a unique charisma by Curtis J. Bellafiore, who reaches a pivotal moment in his life that makes him question the value of his existence.  Enter mild-mannered Clarence Odbody, portrayed with warmhearted sincerity by Craig O’Connor, who questions whether he can produce a Christmas miracle. 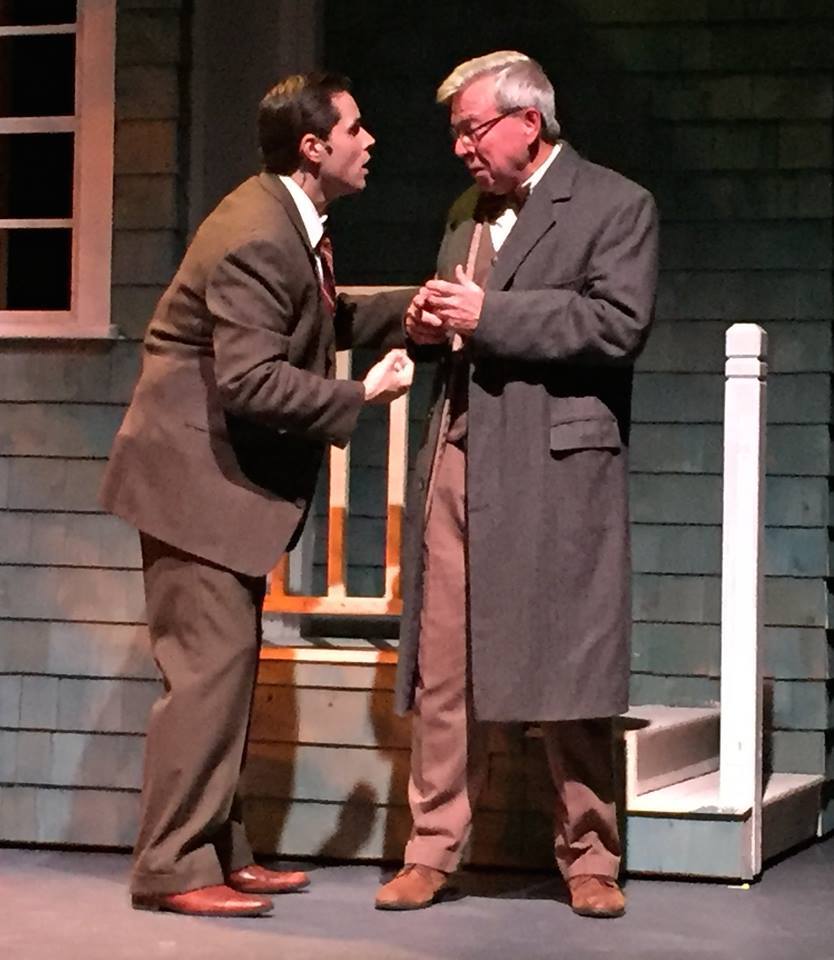 Director Tony Ruscio masters the challenging task of capturing the charm of this small town through the cast’s jocular and moving camaraderie.  The children have small roles, but each engages the audience in their own distinct way.  With a winning smile and apprehensive verbal style only mildly reminiscent of Jimmy Stewart’s portrayal, Curtis J. Bellafiore, embodies endearing dreamer George Bailey with a unique charisma.  His instant chemistry with Elizabeth Lovley as jubilant, yet mysterious Mary Hatch is captivating to watch.  Lovley’s real skill as Mary is not just in the scripted word, but in the subtlety of her performance.  Lovley’s quiet serenity perfectly complements Bellafiore’s charming optimism.  Craig O’Connor harnesses such a natural presence as lovable Clarence that it is difficult to imagine the actor himself any other way.

Chris DiOrio, last seen as grouchy but lovable Shrek in Hingham Civic Music Theatre’s fall production of the same name, takes a gloriously dark turn as the infamous Mr. Potter.   As he makes his demands from a sitting position, his presence casts a constant shadow, his deep, gravelly, and well spoken demeanor brimming with unflinching practicality.  His calculating exchanges with each cast member are riveting to say the least.